Earlier today, Citrix founder, Ed Iacobucci, passed away after a 16-month battle with pancreatic cancer. He was 59. <learn more> 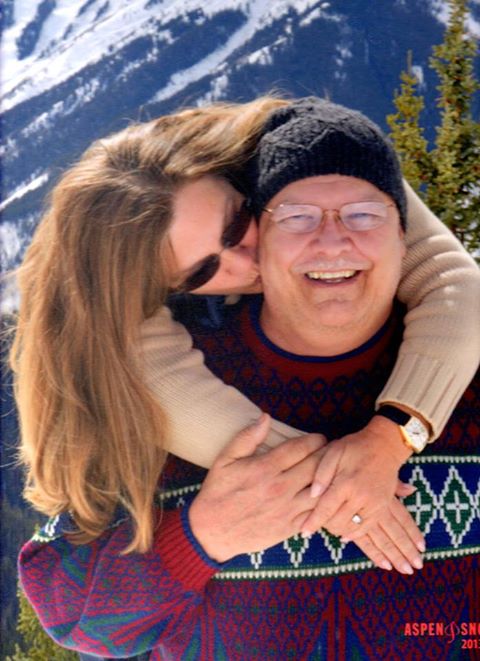 Ed had a profound influence on my life. On so many lives. Prior to founding Citrix (then "Citrus Systems") in 1989, Ed was known as the "Father of OS/2," heading up the OS/2 development team at IBM in Boca Raton, Florida. His success attracted the likes of Bill Gates and Steve Ballmer, who offered Ed the position of CTO at Microsoft. Ed turned it down in favor of starting his own company. (Years later, Ed confessed that, at the time, he felt at $95 per share, Microsoft was way overvalued. Even Steve Ballmer agreed.)

I began my 6-year Citrix tenure in October 1996 among the first 100 employees. This was back when the company was headquartered in a small, unimpressive office in Coral Springs, Florida doing $15 million per year. Back then, Citrix had a tradition of recognizing every new employee at the quarterly company meeting. Ed would throw out a Citrix polo shirt to each new person after their name was called. I was sitting in the back of the room when it was my turn, but Ed had no trouble reaching me.

Ed instilled a 'work hard, play hard' mentality in Citrix's corporate culture. Each summer, every employee worldwide--and their immediate family members--were invited to an all-expense-paid company weekend. My wife, Carrie, and I enjoyed company weekends in Naples, Marco Island, and Orlando, Florida. We 'Citrites' also enjoyed a 'cold one' after 5 o'clock each day from the in-house keg tucked away back in Engineering--at least until we implemented a formal human resources department!

I'll never forget having dinner with Ed and his (then) future wife, Nancy Lee, in Las Vegas the night after he won the 1998 Ernst & Young Entrepreneur of the Year Award. I sat next to Ed as he told stories of growing up in Buenos Aires, Argentina, and what it was like for Citrix in the early days. The next day, I had the pleasure of meeting Bill Gates during a cocktail reception before the SC Magazine Awards ceremony (in which Citrix was honored). The only thing Bill wanted to know was when was his friend, Ed, going to arrive!

Ed was the textbook definition of a visionary. His vision spawned the multi-billion dollar virtualization industry. Throughout his career, Ed had the courage to follow the path less traveled. And we are all the better for it. CyberEdge Group is a premier research and marketing consulting firm serving the needs of high-tech vendors and service providers. Headquartered in historic Annapolis, Maryland, CyberEdge is a "virtual" consulting company comprised of more than two-dozen highly experienced career consultants spanning a variety of disciplines and industries.